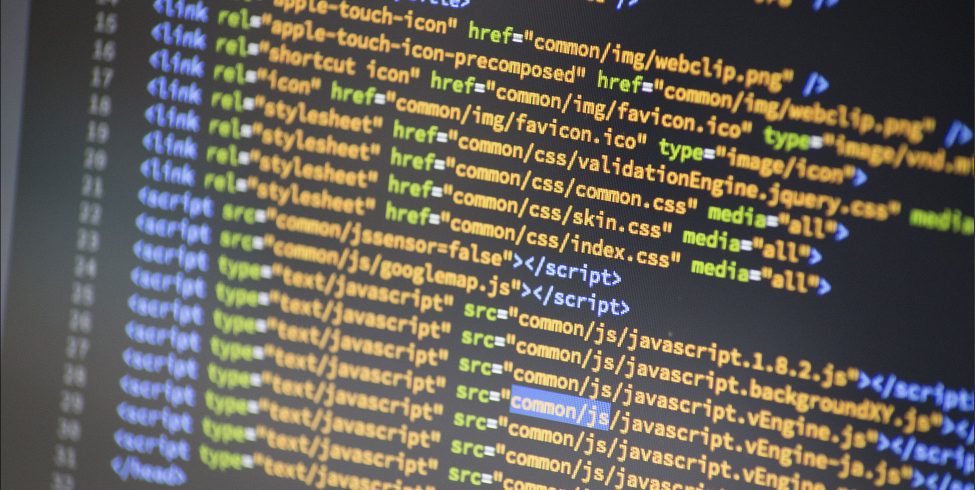 The best revolutions are those that proceed quietly to make the world a better place, without disruption or violence along the way. The disadvantage of these kind of transformations is that they can go unnoticed, and those who prefer to stick in the past can more easily turn away from change.

There’s a movement of this kind now underway in the financial world, as the user interface shifts from the desktop to the browser, thanks to HTML5/JavaScript displacing traditional desktop technologies like WPF, WinForms, OpenGL and Flex.

This new world allows for quicker and easier deployment, a universal vendor-free language, and applications which can be accessed from multiple computers and form factors (e.g. phone and tablet).

Its progress has been tentative to date, largely because despite these advantages, until now HTML5 applications have lacked the capabilities and advanced features that desktop applications offer. Without these, it’s a case of a better system for IT managers but misery for end users who endure inferior applications with reduced functionality.

Enter three musketeers to lead both IT teams and their users to a better place: Finsemble, a deceptively simple, but powerful, application integration platform, built on a state of the art container, and containing AdaptableBlotter.JS a fast, data-agnostic HTML5 grid that ships with all the advanced features that super-users expect and demand.

Multi-widget frameworks are a common feature on the financial desktop. With names like “Finance Dashboard”, ‘Trader Workstation’ or ‘Sales Console’, they host multiple different components communicating with each other and sharing data and events. They are typically built using technologies like WinForms CAB or WPF Prism.

The advantages to the end user are evident: multiple widgets – for trade capture, prices, positions, trades, RFQs, curves, graphs, aggregation views etc. – are visible in one single application. Windows can be sized and positioned to suit, and everything saves and reloads correctly.

Browser limitations have previously made it impossible to deploy such frameworks on the web. Finsemble – developed by the ChartIQ team – changes all that. By leveraging the power of this particular container (which provides a host of features including security, interoperability, native windowing and much else), it enables multiple widgets to be hosted in a single application.

Finsemble provides the same windowing functionality offered by desktop equivalents, enabling users to size, stretch and position windows as required. And it uses the special APIs to facilitate interaction and message sharing between these separate components.

The Adaptable Tools team provided the blotters for an initial demo of the Finsemble platform and the results exceeded our expectations. In addition to offering its exceptional range of advanced searching, editing, sorting, filtering, auditing and grid management functions, AdaptableBlotter.JS was also able to communicate directly with other 3rd party components.

From a technical point of view, it was straightforward to integrate AdaptableBlotter.JS into a Finsemble application. The clean, well-documented API meant it took less than a day for us to hook up a demo which showed how to set up message and data sharing between multiple components. 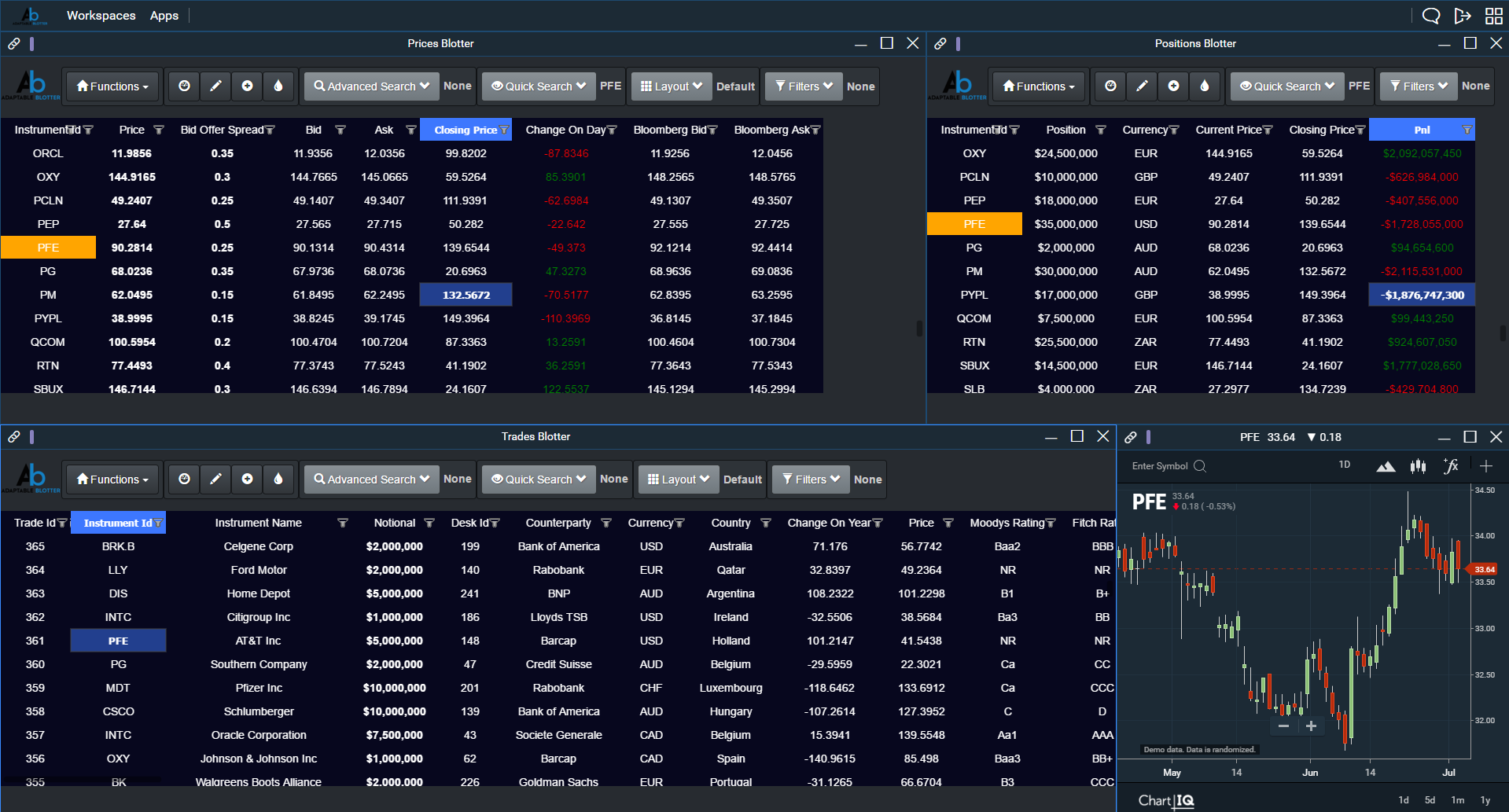 As the hero image illustrates, we mocked up a typical trading application with trades, pricing and positions blotters and a ChartIQ chart widget.

Using an innovative container, we created a service layer which ensures the positions blotter continually updates in real time as trades are added and edited in the trade blotter, and as prices tick and spreads are amended in the pricing blotter.

Once pricing, aggregation, risk, RFQ and countless other components are added to the mix, the possibilities and potential for HTML5 financial applications get really exciting.

The revolution is happening now as financial services applications migrate from the thick desktop to the web desktop, bringing major benefits for users. Finsemble’s workspace application management capabilities, our innovative container, and the Adaptable Blotter’s fast, powerful, feature-rich grid are leading the charge, and will make sure that everyone makes it successfully into the future. 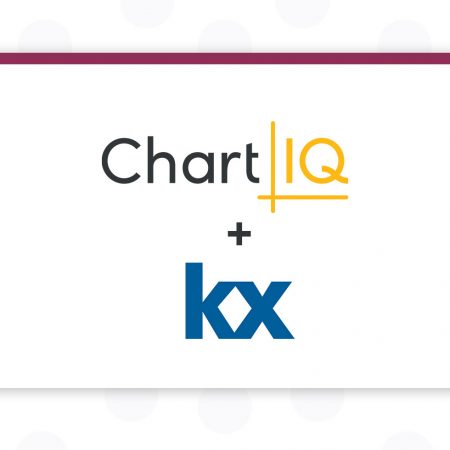