It’s Pride Month, and we want to recognize that our diversity and inclusivity at work is possible because of progress achieved through the significant and sustained fight for human rights.

As we highlight our support this month, we choose to educate and champion diversity and recognize the many sacrifices and risks countless individuals and advocacy groups have made so that all people can live their lives to the fullest, free from discrimination, and with full and equal protections under the law. From well before the Stonewall Uprising of 1969, the LGBTQIA+ population worldwide has fought to secure civil rights for their community. Only beginning in the 1980s did some U.S. states pass laws banning discrimination on the basis of sexual orientation, and only in 2020 did the United States Supreme Court hold that sexual orientation and gender identity are protected from discrimination under the Civil Rights Act of 1964. Additionally, marriage equality is only recognized in 30 of 195 countries.

LGBTQIA+ inclusive language refers to positive word choices that respect the differences and diversity of people in the workplace, including their bodies, genders, and relationships. Use of the acronym LGBTQIA+ has become more commonplace, however members of each of the unique groups represented (Lesbian, Gay, Bisexual, Transgender, Queer/Questioning, Intersex, Asexual, and other identities) do not always feel safe, welcomed, included, or that they receive fair treatment in their personal lives or at work. Although most people refrain from using offensive language, there are other instances where seemingly innocent everyday language can make people feel uncomfortable and excluded. Using LGBTQIA+ inclusive language in the workplace ensures that everyone feels respected and included in communications, conversations, and discussions, creating a positive work culture for all. Language continues to evolve, and it’s important to stay up to date with these changes. That way we are always promoting LGBTQIA+ inclusive language. From Academy to Innovate HR

We recently updated Cosaic’s Careers page in an effort to better depict who we are behind our name and world-class software. While we’re not the first company to do so, we solicited pictures from employees that show who they are beyond their work title, and we think that helps show something priceless: we’re a diverse group at Cosaic — in appearance, pastimes, experience, gender, age, race, sexual orientation, gender identity and expression, and countless other ways — and we want that to be obvious even before you meet us. It is our hope that the LGBTQIA+ community feels our unwavering support through our paid parental leave, use of pronouns, gender neutral bathrooms, and our company’s commitment to continue improving diversity, equity, inclusion, and belonging.

Today, and every day, we invite our community of clients, partners, friends, and colleagues to stand with us as we support the LGBTQIA+ community: to foster environments which inspire, encourage, and value those who challenge our ways of thinking means that we can move society towards love. It’s this diversity that creates our amazing products and makes Cosaic an incredible place to work.

We stand in solidarity and allyship with our LGBTQIA+ friends, family members, colleagues, and community members, and you can too. Consider supporting one of these organizations that do so much to provide for the community:

It is our hope and responsibility that our diverse workforce feels supported, empowered, and that they can bring their full selves to work every day, not just during Pride month.

Cosaic’s Diversity, Equity, Inclusion, & Belonging (DEI&B) Working Group
Cosaic actively promotes, safeguards, and ingrains the important human values of Diversity, Equity, and Inclusion throughout our company culture and operations. While acknowledging we have work to do, we’re investing time and resources to move our company, industry, and communities forward.
More From Cosaic’s
Next Article 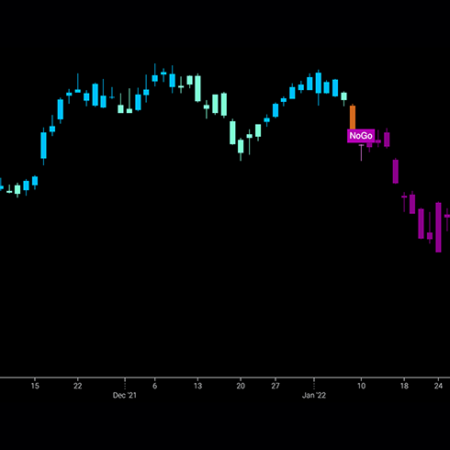 We’re proud to announce that we are now partnering with GoNoGo Charts to help make market uncertainty easier to manage. GoNoGo helps traders and investors take the guesswork out of making important trading decisions, helping to create more responsible traders.